Seabirds off the Sagres peninsula

It's hard to believe that it was only back in the 15th century that explorers dared to venture further out into the Atlantic, sailing to the North African coast and beyond. Yes, in days gone by Sagres, which is situated on the south western tip of Portugal, was referred to as 'the end of the world'. The Portuguese went on to play a pioneering role as leaders of overseas exploration but that's not what I'm going to write about today.

Even in the 21st century, heading for Sagres might feel like a journey to Lands End for some. Don't let anyone put you off though as it can easily be reached with several 'no frills' airlines flying into Faro, just seventy five miles away. When you arrive at this popular tourist destination, pick up a hire car and head west on the A22 - well signposted and fairly traffic free. You will soon find yourself on the wild western coast, with its white storks and white sandy beaches - not to mention of course the bold bronzed boarders with their surf, sprays, sticks and swallowtails! Yes, I'm serious... I've just discovered 'swallowtail' in an on-line glossary of surfing terms! It is a surfboard 'tail type' which supposedly gives the board more hold and traction amongst other things!

Due to its geographical location, the Sagres peninsula is a great place to get amazing views of seabirds flying over the breathtaking cliffs which rise sixty metres above the turquoise blue waters of the Atlantic. Autumn is one of the best times to visit as migrants are leaving their breeding grounds in Europe to winter in Africa. I was lucky enough to see a flock of black storks from the car on my journey there! Although they were circling high up, these large wading birds were easily identified with their contrasting white bellies. Unfortunately, I wasn't in the best place to get a photo for you!

click here for photos and more information on black storks
Cabranosa is popular with birdwatchers as it has the highest vantage point in the peninsula. With the majority of visitors focussed on the blue skies above, I spent some time in the shrubbery photographing beautiful dragonflies and butterflies sipping nectar.

The boat trip wasn’t exactly part of the original plan…  but after five perfect days swimming, walking and birdwatching around Santa Luzia - with serenity at its best - I decided that I was up for it!  Yes, spotting seabirds from a rigid inflatable (RIB) off the Sagres peninsula sounded like a good idea, especially as the annual bird watching festival coincided with my visit. 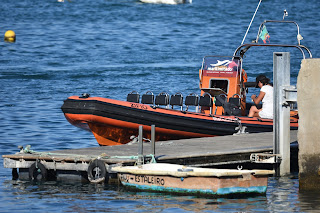 Now for the rigid inflatable boat (RIB)..  Putting it mildly, I was rather anxious at first as I tightly held on to the handle on the front of my saddle style seat!  As the boat crashed through the waves, rather like hitting a wall at times, we were quickly told by the skipper to pretend we were riding a horse. In other words, 'relax and move your body with the movement of the boat'!  What with that and a few sea sickness tablets, I can honestly say it was a great boat trip - what a thrill and no sea sickness either!  Now for the photos which I hope you will enjoy.... 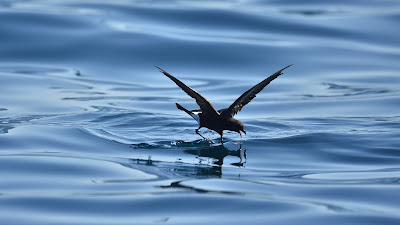 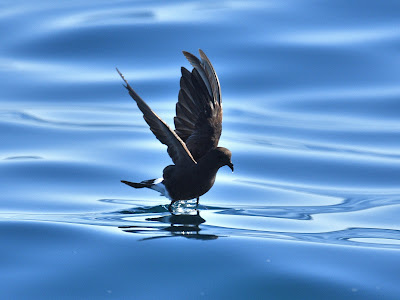 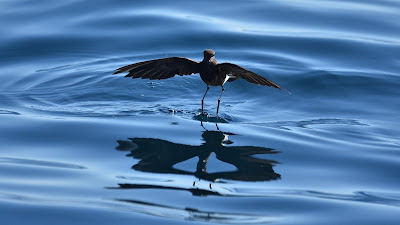 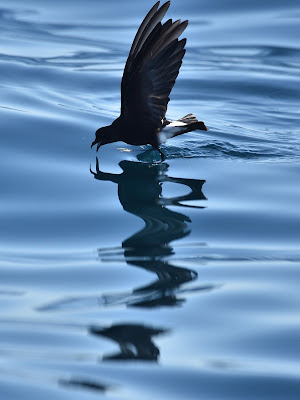 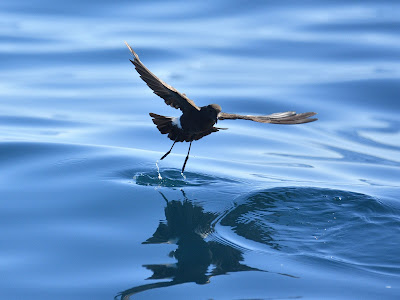 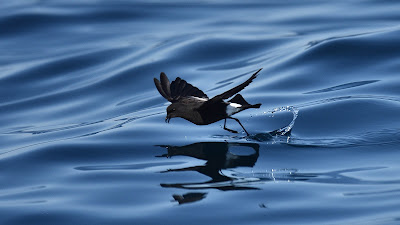 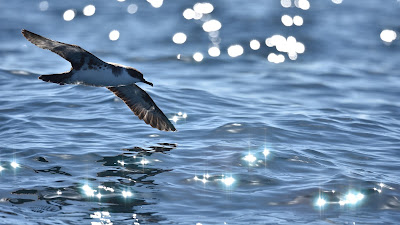 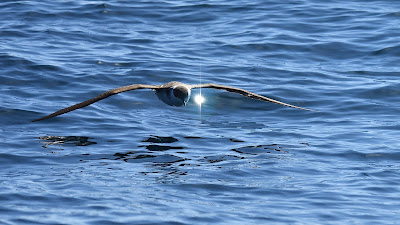 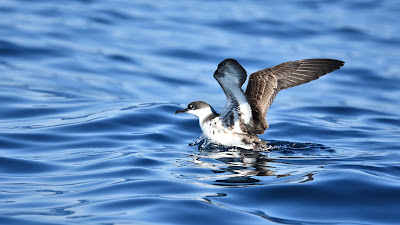 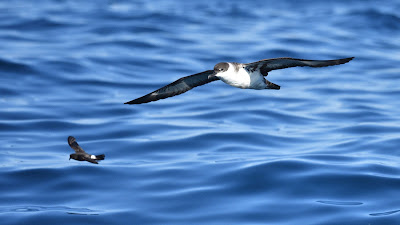 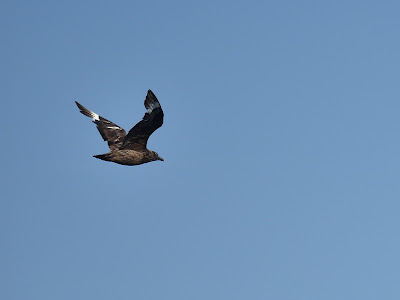 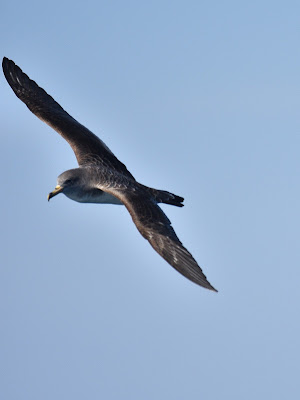 Gannets are Britain's largest seabird with a wing span of almost two metres. During the summer months, the Northumbrian coast is a great place to see these graceful seabirds as one of Europe's largest breeding colonies is close by at Bass Rock in North Berwickshire. In the autumn, it is believed that many head for the Bay of Biscay and the coast of West Africa where they spend the winter at sea.  It takes five years for gannets to reach full breeding plumage so the bird in the photos below is still fairly young. Going by the plumage, it is probably in its second year. Perhaps it was raised at Bass Rock? Now, that's a thought! 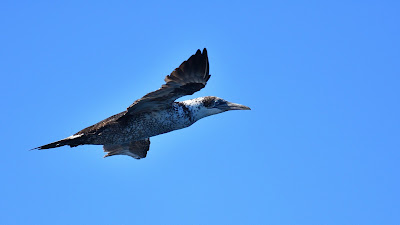 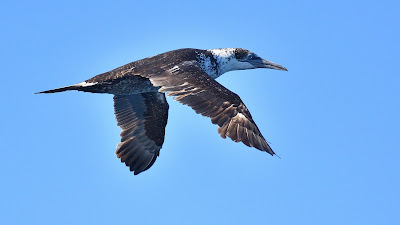 Common dolphin - too fast to photo! 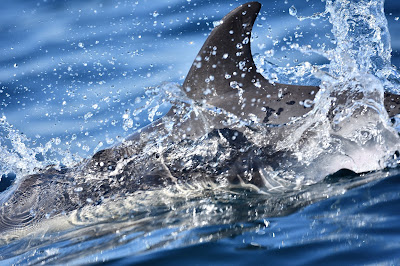 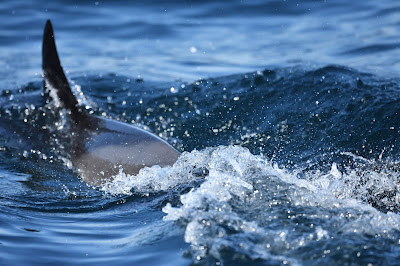 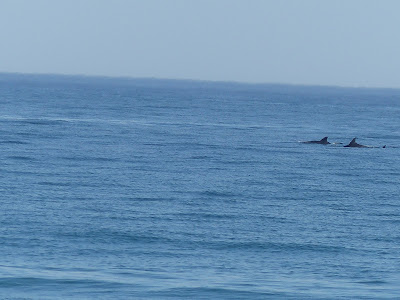 The boat trip was run by the company marilimitado.com and with their team of marine biologists on board, I can highly recommend them. They also run dolphin watching tours and boat diving so there's something for all the family.