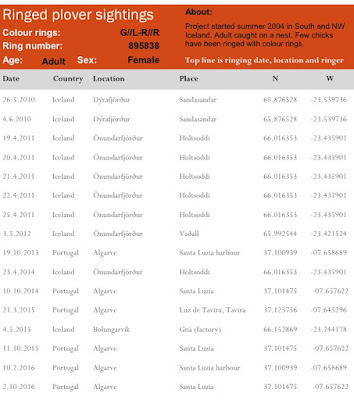 Although the last sighting recorded above was when I saw it on 02/10/16, I received an email last week confirming that common ringed plover 895838 had been seen again (photo below) on 22/01/17 in Santa Luzia, Portugal.  If the records are anything to go by, it will be another month or two before this bird starts on her long journey north to Iceland where she will breed. 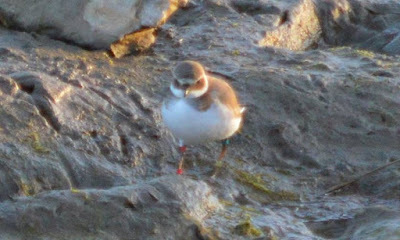 To close, I would like to thank my contacts at the South Iceland Research Centre and also to João in Portugal for their assistance in my research.

Wishing you a safe journey back to Iceland


“Hope” is the thing with feathers
by Emily Dickinson

I’ve heard it in the chillest land -
And on the strangest Sea -
Yet - never - in Extremity,
It asked a crumb - of me.