Blossom is a sure sign that spring has arrived! There are also numerous signs of summer approaching. Swifts have been circling high over the garden in search of insects and the swallows are sitting on the electric overhead cables. I've seen several colourful butterflies fluttering in search of nectar-rich flowers and, two weeks ago, a flurry of bats flew along the long narrow lane at dusk. Mind you, it was much warmer than one recent morning when the thermometer recorded just 6C. It certainly didn't  feel like summer to me... 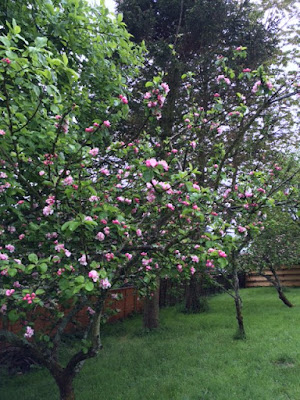 Here in my small Northumberland orchard, the pear blossom has come and gone but the deep pink buds on the apple trees are only just beginning to burst open. With the risk of late frosts in the Northumberland hills, this could actually be good news for my apples but bad news if I'm hoping to poach pears in the Autumn! 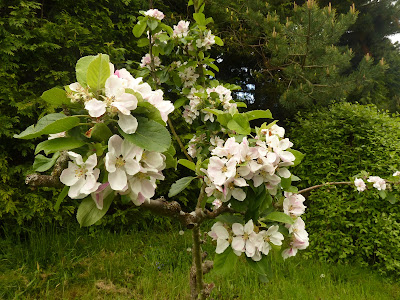 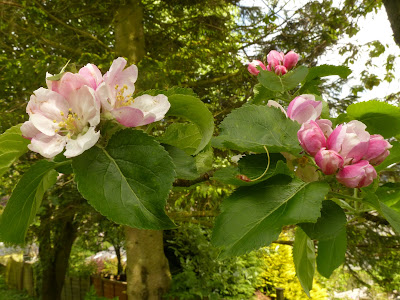 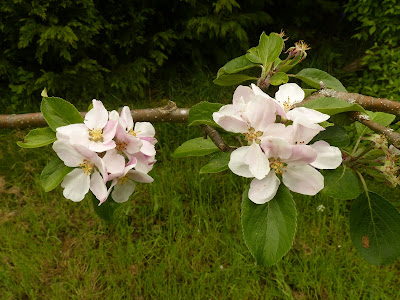 I usually manage a good yield of apples and plums but growing pears has not been quite so successful. As pears need more warmth to develop well, they are at risk in this part of the country, especially given that they flower earlier. If you decide to grow pear trees, choose a protected south or west facing site in your garden if you can.

You can identify apples from pears by looking closely at differences in their blossom.  The photo below demonstrates this quite clearly where you can see the black speckly bits (anthers) on the blossom without the petals.  When the pear blossom appears, these anthers are pink however as the petals open out, they turn black whereas this does not happen with apple blossom pictured above.


Unless the pear trees are self-fertile, they will need to be cross-pollinated by insects to make fruit. Several years ago, I planted Louise Bonne of Jersey (RHS pollination group 2) and a Beurre Hardy (group 3). To explain this further, the group represents the flowering period, with 1 being the earliest in the season. A variety can be pollinated by another of the same group or one to either side as the flowering groups do overlap somewhat. Having said this, Louise Bonne of Jersey did not produce any fruit until I planted a Williams Bon Chretien (group 3) which produces flowers at more or less the same time. Now this is bizarre as I recently read that Williams Bon Chretien doesn't pollinate with Louise Bonne of Jersey and vice versa.. It would therefore appear that cross pollination must have taken place with a compatible tree in a neighbouring garden which is strange as I've only seen apple trees next door!

I'll have to think of planting an additional tree that will blossom at the same time as Pear Louise to increase the chances of an abundant harvest! Perhaps it will be safer to stick with the same 'flowering group' rather than rely on pollen from a neighbouring tree.


In March I planted two bare rooted damson trees. They seem to be settling in well and produced a small amount of blossom last month. 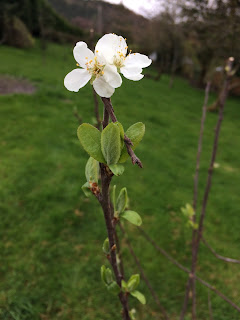 Yes, I know what you are all thinking... 'there's not much chance of damson gin next Christmas!'

Often you will find that trees in an orchard are all planted at the same time and this can become a problem. I think that was the case with my small plot so over the past five years, I have been gradually replacing the old trees that have died.  It will be a while until the younger trees mature but at least I've started the process.  It's a long term project but hopefully it will be worth it in the years to come!

The birds just love the long grass and tall trees in the orchard. Admittedly, species include mainly starlings, thrushes, blackbirds and jackdaws but there are also goldcrests, chiffchafs, warblers, redpolls, wrens and yellowhammers. These are much harder to photograph and when I do see them, I don't usually have the camera on me!

There are at least six pairs of blackbirds nesting in hedges round and about the garden and that doesn't include those in the orchard! One pair has included the greenhouse in their territory which probably explains why the buds of the apricot tree have vanished! In fact, they are becoming quite tame. 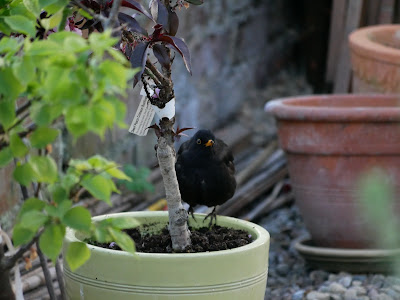 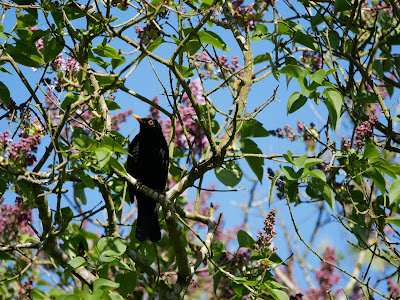 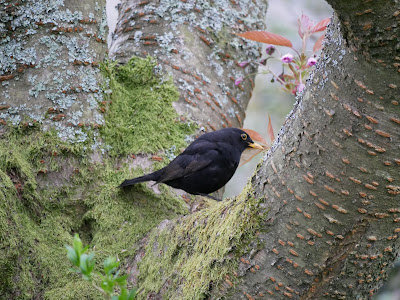 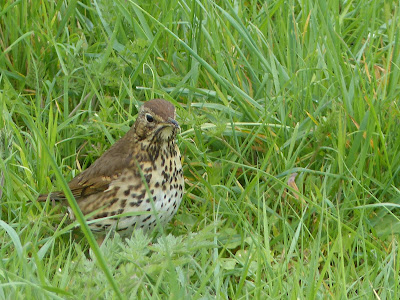 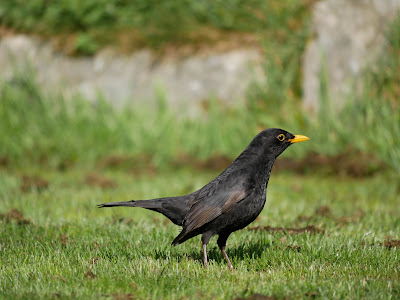 Last of the early spring flowers 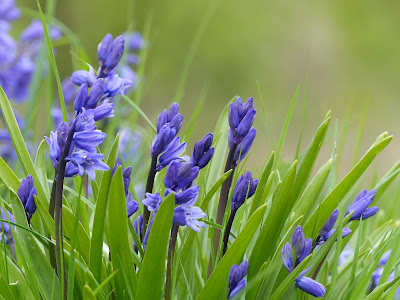 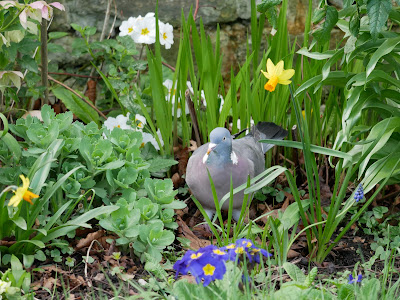 Posted by Coquetnaturelover at 20:26:00 No comments: