The winter months may not be a popular time for tourists visiting Islay but it certainly is for waterfowl, with approximately 50,000 geese visiting in this season. Now the peak period for us humans is April to October - apparently due to the numerous distilleries' extended opening times and of course the longer daylight hours and warmer weather!


From the photos below, you will see on my recent visit, there were no problems with the crossing from the mainland to Islay - in fact the sea was as calm as a millpond (well, not quite!) and as we sailed passed the eye-catching snow-capped Paps of Jura, I knew it wouldn't be long before I heard the geese honking. If you are on the search for geese, my tip is to use your ears first, not your eyes! 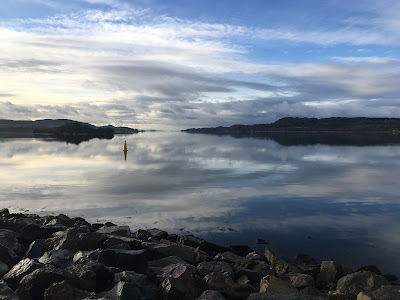 West Loch Tarbert - taken from Kennacraig where the ferry leaves 
On the crossing from Kennacraig to Port Askaig, Islay, there were numerous black guillemots, shags and three species of divers (red-throated, black-throated and great-northern). It was also exciting to see otters and common seals swimming in the sea loch which the ferry travels down to reach the open sea. 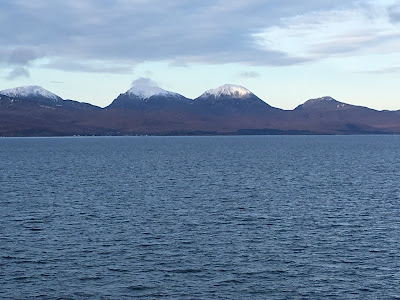 Serene seas with the unmistakable conical snow-capped Paps of Jura 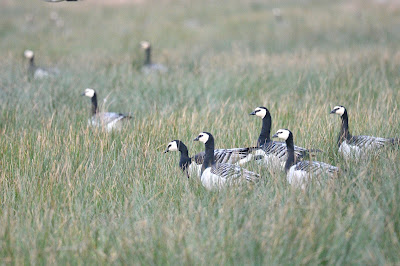 The Barnacle geese that are found wintering on Islay breed in Greenland. Take a look at my January 2017 post from The Solway Click here with photos of Barnacle geese which come from Svalbard. 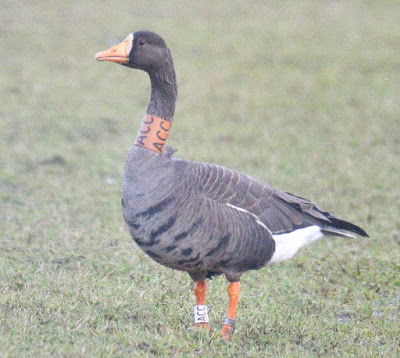 The Greenland white-fronted goose in the photo above, known as ACC, has an orange neck collar and ring. After a bit of research, I found out it was caught at Aoradh farm on Islay in February 2017. It has returned this winter to the same small area with its mate and six young geese. Maybe I'll need to plan a trip up to Islay next winter! 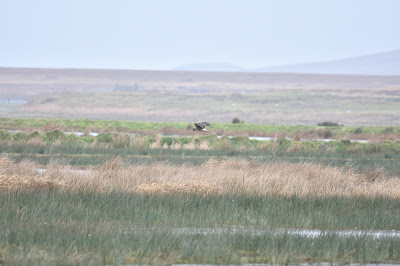 I spotted this hen harrier (in the centre of the photo) hunting over RSPB Loch Gruinart. It certainly caused some alarm amongst the flocks of teal and wigeon!

Despite the declines elsewhere in the UK, it was good to see this bird on Islay where there is still a healthy population. 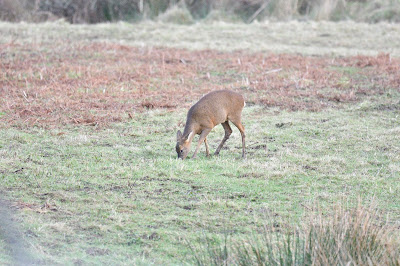 I think these are roe deer although there are larger red deer found on Islay. 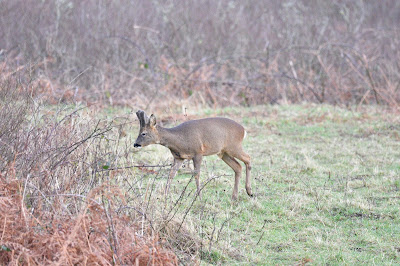 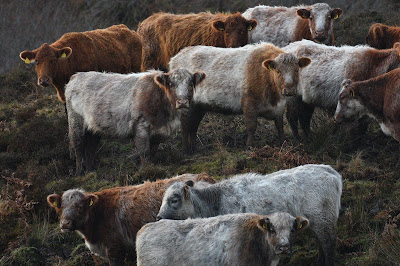 The cattle pictured here had climbed up a very steep slope in the field and were all huddled together. 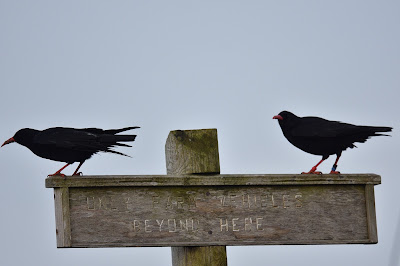 These are red-billed choughs that breed on Islay. We don't see this bird on the the east coast of Britain and it was the first time I have ever seen one.

Earlier in the year I spotted lots of the smaller Alpine choughs in Switzerland. They have smaller yellow beaks but have the same bright red feet. 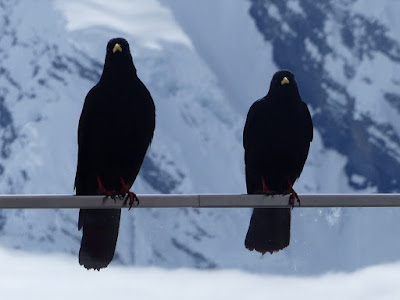 The next photo shows you the location of these choughs. As you can see, they enjoy the high altitude, the sun and the snow just as James Bond did on his visit here in the 007 film On Her Majesty's Secret Service!


These beautiful whooper swans have long thin necks with a large triangular patch of yellow on their black bills also winter on Islay. They breed in Iceland and travel south as a family group. 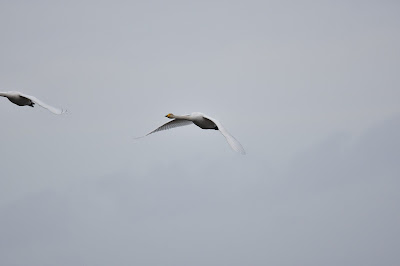 Islay, also known as the 'The Queen of the Hebrides', has a relatively mild climate as it is quite sheltered from the open sea and has the advantage of the gulf stream warming its waters. Although it's unlikely you will get snow, it could be windy and quite wet but that wasn't the case on my recent visit. Don't let the weather put you off just check the forecast before you head off! 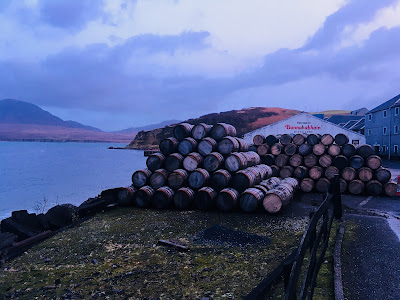 Apart from birds, the main thing Islay is famous for is its whisky - not a tipple of mine!

As I write this post, the latest series of Winterwatch is on the TV (BBC2) and coincidentally, Islay is being featured this week.  If you missed it tonight and have access to catch-up or iPlayer, you might want to watch it. I know I do!
Posted by Coquetnaturelover at 23:17:00 No comments: