Apologies for these shots which I intended to post at the end of March but unfortunately photography and blogging has had to take a bit of a back seat the last few weeks.  Anyhow, it's back to business and the borrelho strikes again!

Just to remind you, borrelho is portuguese for common ringed plover.  If you are new to my blog, you might want to click here common ringed plover ring number 895838 to find out more about this bird which was rung as a chick in Sandasandar, Iceland in May 2010.


The Ria Formosa National Park is a protected coastal region situated in the Algarve, Portugal. It was established as a nature reserve with UNESCO protected status way back in 1987. It is also part of Natura 2000 network of specially protected areas across the European Union and designated a site of international importance under the Ramsar convention (an international treaty for the conservation and sustainable use of wetlands).


Santa Luzia overlooks the lagoons and waterways of the Ria Formosa. With its amazing habitat, which includes saltmarshes and mudflats, it is a haven for migratory birds travelling through Africa, Europe and the North Atlantic areas of Iceland and Greenland.

Here are some photos of our seven year old ringed plover '895838' which Joao in Portugal kindly sent me last month to share on my blog. This stretch of coastline, just along from the fish market in the fishing village of Santa Luzia is where the ringed plover returns year after year after breeding in Iceland. 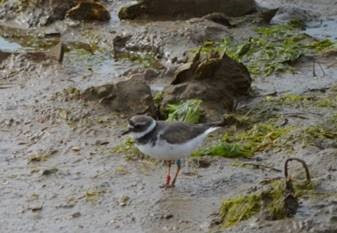 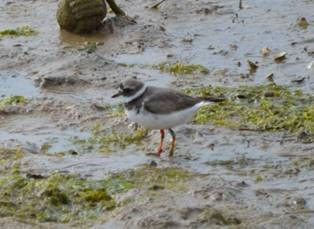 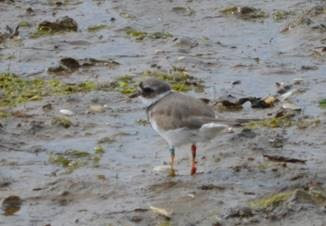 Santa Luzia proudly proclaims itself as the 'Capital do Polvo' (octopus capital) of Portugal and on weekdays, an auction takes place when the colourful fishing boats return in the mornings with their catch.


With the recent sightings, the South Iceland Research Centre, based at the University of Iceland, has been able to update their records for this individual bird and my contact informs me he is expecting her to arrive back in Iceland anytime now.

You might be also be interested to know that the first ringed plovers return to Iceland as early as the 1st April. It is likely however that just a few will arrive at this time. More birds will arrive on the mudflats in Iceland between 15-20 April and there will be a peak between approximately 28 April and 03 May. The final peak occurs between 15-30 May and this large flock will include Greenland birds passing through Iceland on the way to their breeding grounds.

It is quite amazing when you stop to think about it!


For new followers of my blog, here are two photos which were taken in Iceland. I'm sure you will agree, the photography is superb and a real privilege to share with you.

Now if you are thinking about Iceland or Portugal as a holiday destination, please keep your eyes open for our ringed plover and of course any other birds you might spot with rings. The research centre needs your help to continue their amazing work.

No one knows what triggers bird migration but we do know that successful migration depends largely on weather conditions. So, fingers crossed for a safe passage and favourable winds for this bird's amazing journey back to Iceland.

I am indebted to Joao in Portugal and the South Iceland Research Centre for all their assistance and also for making me smile when they told me they have named the bird after me! At last a claim to fame and I am very honoured. Thank you! 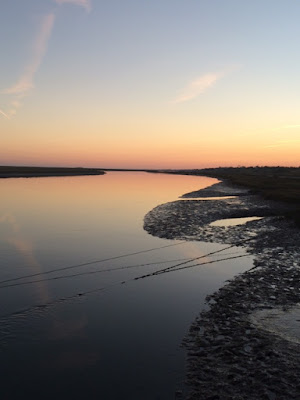 
Sea birds of the Sagres peninsular